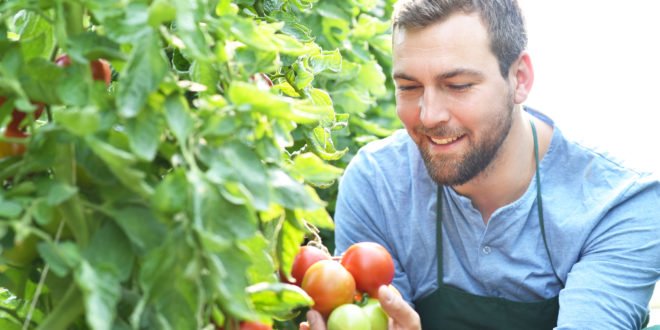 Vitamin K is a fat-soluble vitamin that has long been known to be essential for blood clotting and wound healing.
The natural form (K1) can also be produced by the body’s own intestinal bacteria; it is also found in abundance in many vegetables, especially kale, spinach, but also in milk and yoghurt, which normally meets the body’s own needs.

Thanks to refined analytical methods, the effect of this vitamin can now be observed more precisely than in the past. This has led to the discovery of previously unknown health-promoting properties of vitamin K, e.g. its important role in the metabolism of bones, connective tissue and kidney function.

Without sufficient vitamin K we cannot form osteocalcin. This is the supporting structure within our bones around which calcium crystallizes. If osteocalcin is missing, calcium is excreted instead and the risk of bone fractures increases accordingly (it has been found that women suffering from osteoporosis only have 25% of the vitamin of their healthy sisters).

Modern canned or ready-to-eat foods are harmful to the vitamin K supply, as are numerous drugs, e.g. painkillers and sleeping pills, but also antibiotics.

Signs of a deficiency can be:

People who need to take blood-thinning medication should only take vitamin K after consulting their doctor. 100 mcg is generally sufficient for the supply, except for persons with intestinal diseases such as chronic diarrhoea, Crohn’s disease or colitis, which limits the body’s own synthesis of the vitamin in the intestine.

If carotenoids are considered the „stars“ among antioxidants today, it is also because their specific mode of action has been better and better understood. There are about 600 different carotenoids, but we usually only know one: beta-carotene.

Its protective effects in cancer prevention have been known and proven for years. They were questioned by two extensive studies in 1994 and 1996 – which have since become famous – which seemed to prove, among other things, the accumulation of lung cancer in (long-term) smokers after taking beta-carotene.

These results were in striking contrast to many studies that were made before – and after. When possible causes were investigated, it was discovered – apart from shortcomings in the conduct of the study – that isolated, synthetically produced beta-carotene had been used, a substance that does not occur naturally.

The typical thing about nature is that carotenoids do not occur in isolation but together.

According to this experience, nutrient scientists recommend using beta-carotene as a complex from natural sources, because this always ensures that other carotenoids are also absorbed. This favours the absorption and effectiveness of beta-carotene, just as we know it from the vitamins of the B family, which best develop their synergistic effect in the organism when taken together.

The specific effects of individual carotenoids such as lutein and lycopene have been better and better researched since then, but many of the 600 species are still in a kind of „Sleeping Beauty sleep“, waiting to be included in the ranks of the „stars“ of antioxidants.

The microalgae Haematococcus pluvialis has a very complex life cycle. At a certain stage of cell development the cells produce a large amount of the natural colour pigment astaxanthin.

This microalgae is considered the most important source of this pigment in nature. and is responsible for the colourfulness of many organisms. For higher organisms such as fish, astaxanthin is essential, i.e. they cannot synthesize it themselves, but have to take it in with their food.

As the astaxanthin molecule is fat-soluble, it accumulates in the organisms in the course of the food chain and is thus passed on to higher organisms from the microalgae in the food web. This is particularly impressive in the case of salmon, whose flesh gets its distinct reddish colour from astaxanthin.

Astaxanthin is related to beta carotene, lutein and zeaxanthin, but its antioxidant effect is much higher. Above all, it protects our skin cells from light damage caused by UV radiation.

It has the potential to keep us looking young for longer. „Astaxanthin is one of the most amazing antioxidants we have ever discovered,“ says American microbiologist Todd Lorenz.

Astaxanthin is also one of the few antioxidants that crosses the blood-brain barrier and thus protects the eyes and the central nervous system from disease.

The protection factor against free radicals

Beta-carotene is converted into vitamin A by the organism. It is a natural colouring agent that is found in many vegetables, especially in carrots. Beta-carotene can help wherever vitamin A also helps, although it is advantageous that its absorption is harmless as excess amounts are excreted.

Recent research has confirmed the assumption that beta-carotene plays an important role in cancer prevention, and one can be sure that the career of this pro-vitamin has only just begun.
Beta-carotene is known as a „catcher“ of free radicals, those harmful substances which – partly as a result of environmental pollution – are increasingly becoming the focus of research interest because they are suspected of causing cancer.

Free radicals attack the cells and can trigger a whole range of serious effects harmful to the whole organism, including premature aging processes. The protection against free radicals is therefore today an essential part of personal health care. Beta-carotene can be an effective help in this respect.

Declining vision is generally dismissed as a sign of old age. But the gradual loss of vision in many older people is not an inevitable consequence of the aging process. It can be prevented, alleviated or even reversed by an improved nutrient supply.

Responsible for sharp vision is the macula, a yellow pigment leak on the retina of the eye. If this macula is destroyed, it can lead to blindness.

The macula is made up of two substances, lutein and zeaxanthin, both of which belong to the carotenoid family. Particularly high concentrations of lutein and zeaxanthin (higher concentrations than beta-carotene) are found in dark green vegetables and fruits such as spinach, broccoli, green beans, pumpkin, peaches (but not in carrots; although carrots are good for vitamin A deficiency, the retina does not absorb beta-carotene, which is abundantly supplied by carrots).

(especially for men in the second half of life)

The pigments that give colour to our fruit and vegetables thus protect the food plants from the constant exposure to harmful UV radiation and other harmful environmental factors. Together with other substances, they cause resistance to diseases and are the main carriers of the plant immune system. These dyes are also biologically active in the human organism.

Their considerable health-promoting effects have been researched more and more closely in recent years.

Lycopene is such a pigment, which belongs to the carotenoid family. It is the dye that gives our tomatoes their red color. It has been proven that lycopene is far superior to the best-known carotenoid beta-carotene in terms of its antioxidant effect. The substance offers increased protection against carcinogenic (carcinogenic) substances in tobacco smoke and ultraviolet radiation.

Lycopene inhibits the growth of many types of cancer cells. Previous research results suggest that this is particularly true for prostate cells.

Since blood lycopene levels decrease with age, it is recommended, especially for men in the second half of life, to ensure a daily intake of at least 10 mg lycopene. 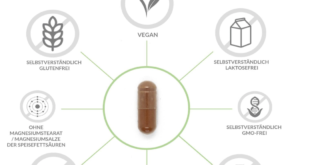 (oligomeric procyanidins) More than 400 years ago, the French explorer Jaques Cartier and his team ...